In the last decade there has been, under Patrick Mason’s leadership as artistic director, a period of radical transformation and renewal at the Abbey. In 1995 Neil Wallace wrote, in an overview of theatre in Ireland for a report commissioned by the Arts Council of Ireland, that ‘ the society is lucky to have one of the most talented stage directors in the English-language theatre at its head’. In a community such as the theatre one, which is characterized by a more than usual quotient of begrudgery, this view would, on the whole, be widely shared. 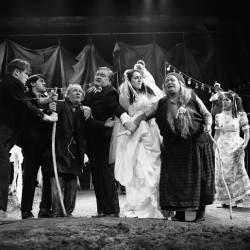 Patrick Mason joined the Abbey Theatre as Voice Coach in 1972, working with Hugh Hunt (The Silver Tassie) and Michael Cacoyannis (Oedipus) as an assistant director, and devising and teaching courses in voice and movement in the Abbey School of Acting.

He returned to the Abbey as Resident Director in 1979, where he was active in developing new writing, devising actor’s workshops, and working as a freelance director in Ireland and England.

Between 1980 and 1983 his productions included John Bull’s Other Island and The Seagull for the Irish Theatre Company, She Stoops to Conquer and The Rivals for Greenwich Theatre, London and Kreig by Liam Lynch, at the Project Arts Centre. He won a Harvey’s Irish Theatre Award for his production of The Pirates of Penzance at the Olympia Theatre in 1981.

He left the Abbey to work as a freelance director in 1983. Productions during the next decade included: The Crucifer of Blood at the Bristol Old Vic and A Woman of No Importance, his first production at the Gate Theatre.

In 1985 he directed Saint Joan at the Guthrie Theater, Minneapolis and Heartbreak House and Innocence at the Gate Theatre, Dublin. 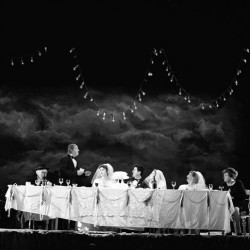 In 1986, he directed Michael Frayn’s new translation of The Seagull at the Palace Theatre, Watford. Other theatre work includes The Importance of Being Earnest and The School for Scandal at the Gate and Desire Under the Elms in Greenwich. He won a Harvey’s Award for his production of Peer Gynt at the Gate Theatre in 1988.

During the 1980’s he also moderated Playwright’s Workshops at the Guthrie Centre, Annamakherig, and at University College Galway, where he first met and collaborated with Frank McGuinness. He also directed regularly at the Gate Theatre, productions which included The Recruiting Officer, Heartbreak House, The Threepenny Opera, The School for Scandal, and Innocence by Frank McGuinness.

During that decade he kept up his association with the Abbey and Peacock Theatres, working on productions such as: Our Town, Mrs Warren’s Profession, You Never Can Tell, A Flea in Her Ear, The Winter’s Tale, The Cherry Orchard, Arms and the Man, A Pagan Place, Talbot’s Box (which transferred to the Royal Court, London), The Death of Humpty Dumpty, Canaries, The Factory Girls, The Gigli Concert, Too Late for Logic, The Silver Tassie and six Tom MacIntyre works at the Peacock: Jack Be Nimble, Find the Lady, The Great Hunger, The Bearded Lady, Rise Up Lovely Sweeney, Dance for you Daddy and Snow the Peacock. He also directed Una Pooka and Hubert Murray’s Widow by Michael Harding at the Peacock. His production of The Great Hunger toured to Belfast, London (Time Out Award), Edinburgh (Fringe First Award), Paris, Leningrad, Moscow, Philadelphia and New York. 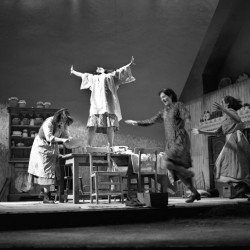 In the early nineties his production of Brian Friel’s Dancing at Lughnasa premiered at the Abbey before touring to the Royal National Theatre and transferring to the Phoenix Theatre in the West End, the Plymouth Theater, Broadway and making a tour of Britain and Australia. For this production he received the Tony Award for Best Director in 1992, and the NYC Critics Circle Award. In 1993 he directed the premiere of Friel’s Wonderful Tennessee for the Abbey Theatre which transferred to the Plymouth Theater, New York.

In 1993, he was appointed Artistic Director of the Irish National Theatre Society (Abbey & Peacock theatres). In 1997 he was re-appointed for a second term, finally stepping down, and returning to freelance work in theatre and opera, at the end of 1999.

Productions for the Abbey Theatre during his time as Artistic Director include: Hugh Leonard’s Chamber Music, Observe the Sons of Ulster Marching Towards the Somme by Frank McGuinness. The Well of the Saints by J M Synge (Edinburgh International Festival, Critics Award), Brian Friel’s Philadelphia, Here I Come, Angels in America by Tony Kushner, The Only True History of Lizzie Finn by Sebastian Barry, Macbeth, She Stoops to Folly by Tom Murphy, The Importance of Being Earnest, The Secret Fall of Constance Wilde by Thomas Kilroy, the first production of The Bog of Cats by Marina Carr, The Wake by Tom Murphy (Edinburgh International Festival) Saint Joan and Dolly West’s Kitchen by Frank McGuinness, which transferred to the Old Vic, London.

In 2001 he directed a Danish language production of Who’s Afraid of Virginia Woolf  in Arhus, and in 2002 he directed a UK tour of The Tempest for Thelma Holt/ Theatre Royal Plymouth, starring Richard Briars. He also directed premieres of Brian Friel’s Performances and Frank McGuinness’s Gates of Gold at the Gate Theatre, Dublin, and returned to the Abbey to direct Tom Murphy’s version of Chekhov’s The Cherry Orchard in 2003. In 2004 he directed a new adaptation of Rebecca starring Nigel Havers for an extensive UK tour. In 2005 he directed Twelfth Night for Thelma Holt/Theatre Royal Plymouth, and the following year he directed the US premiere of Frank MacGuiness’s version of Euripedes Hecuba for Chicago Shakespeare Theater.

In 2006 he returned to the Gate Theatre to direct Brian Friel’s The Yalta Game (Sydney and Edinburgh Festivals) and Arcadia by Tom Stoppard. He then directed three productions back-to-back for the Gate: Friel’s Molly Sweeney, Coward’s Hay Fever (Spoleto Festival, Charleston USA), and The Speckled People by Hugo Hamilton.

The Burial at Thebes at the Peacock and The Crucible in the Abbey and The Rivals. Devising and directing the 80th Birthday Tribute for Brain Friel.

In 2012 he directed A Woman of No Importance and Mrs Warrens’ Professsion for the Gate Theatre.

In 2013 he directed the premiere of The Hanging Gardens by Frank McGuinness for the Abbey, Dublin Theatre Festival.

From 2014 he continued to teach at UCD, and direct at the Abbey and Gate Theatres. Productions included Aristocrats by Brian Friel at the Abbey in 2015, and the first production of The Mariner by Hugo Hamilton at the Gate, as part of the 2014 Dublin International Theatre Festival. He also directed a new producton of The Importance of Being Earnest for the Gate which subsequently played at the Spoleto Festival, Charleston USA.

In 2016 he worked as dramaturg and director with UCD and Verdant Productions on Signatories, a major cultural contribution by the university to the 1916 Rising Centenary celebrations. Featuring  monologues  by Emma Donohue, Marina Carr, Joesph O’Connor, Hugo Hamilton and Thomas Kilroy, it was initially performed as a site-specific production in Kilmainham Gaol, before touring to Irish arts centres, and playing in the Olympia Theatre.

Not only has Mason been extremely effective in providing inspirational examples of how the Irish theatrical tradition can be fortified through radical departures in technique and imaginative realization; he has also been capable of responding to the need for the Abbey to reconsider its role in a society where there has been an unprecedented flourishing in the theatre arts and in performance. 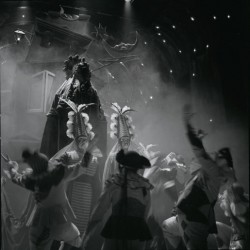 Patrick Mason started directing opera at the Wexford Festival in 1988. His opera credits include four productions for Wexford Festival: La Cena delle Beffe (1988). Don Giovanni/ Turandot (1989) and Betrothal in a Monastery (1990). He directed Don Giovanni for Dublin Opera, Don Pasquale for Opera North, ENO and Israeli Opera and Rigoletto for WNO and Opera North, and The Makropulos Case for Opera Zuid (Netherlands).

In 1997 he directed Puccini’s Il Trittico for ENO which was nominated for an Olivier award (Best Production), and most recently The Silver Tassie for Opera Ireland which won the ESB/Irish Times award for best opera production. In 2009 he directed Lortzing’s The Poacher for Buxton Opera Festival, for which he also wrote the English language libretto.

In 2015 he directed Samon et Dalila for Grange Park Opera.

“Patrick Mason is one of the major architects of Irish Theatre performance over the past thirty years. As a director, and as Artistic Director over two terms at the Abbey Theatre, he is and has been an inspirational collaborator with the foremost playwrights, actors, and designers, who have together created the canon of Irish performance in that period.”

Radio work includes productions of The Bog of Cats and The Burial at Thebes for RTE Radio Drama. He also wrote and directed The Dreaming of Roger Casement for RTE in 2012 (awarded PPI Best Radio Play, 2012).

In 2015 he directed A Family of Memories by Thomas Kilroy for RTE Radio Drama.

He has moderated workshops for playwrights in University College Galway, and the Guthrie Centre, Annamakherrig. He has taught classes in acting and voice in the Abbey School and the Gaiety School of Acting, as well as leading masterclasses in acting and directing at the Samuel Beckett Centre TCD.

He also taught a series of masterclasses as part of  the Abbey’s New Writing Programme. And he has participated in conferences for the Irish Theatre Research, and the Irish Studies Department, University of Caen, France.

In 2005 he was appointed adjunct professor in Theatre Direction at UCD.

In 2011 he delivered a key-note lecture at Villanova University, Philadelphia, to launch the Abbey /Villanova initiative.